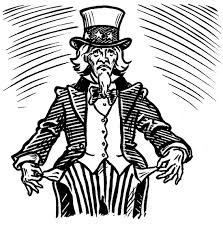 Good news! I’m not undergoing a horrific hangover this week, just my usual lazy self today. Being lazy right now is a good thing because after paying all my bills I’m flat broke. This brokenness will keep me from going out and wasting money, which is something, I’m pretty professional at doing.

So the plan is to sit back, work hard all summer, save money and try to forget that I haven’t budgeted in my traffic ticket that I have to go to court for next week and my fee for traffic survival school that I also have to attend in two weeks for a whole other unrelated traffic ticket. Oh and the dreadful IRS back taxes for last year!

It sounds like I’m unhappy but I assure you I’m quite the opposite. Laughing at myself for complaining about nothing, doing what I love, and most importantly I don’t take anything I have going for me for granted.

Chin up mates because here comes the new video of hysterical Argentine export Kumbia Queers. Just released to the YouTube community earlier this week, Daniela delivers what you would expect from them, fun, comedy, catchiness, and tennis.

One thing (among many) that I like about Spike Devil Disco is his unpredictability. Most producers I can expect a certain sound from before I listen to their new track, that’s not a bad thing especially if I really like their sound. But Spike always keeps me guessing.

For example here is his new homage edit of a Beastie Boys tune that also is unique for the Beastie Boys in their own way.

Add On de Bass returns to us with his take on the soon to be classic Cumbia Balkanica Fanfarri Cumbia by Tirana Caravana.

It’s cool for me to hear old school beats programmed on a Korg Electribe sampler with a cumbia feel. I get just that with the new collaboration of Cabeza Netlabel’s Cherman and  Qechuaboi.

And speaking of Quechuaboi living mentally between Peru and Barcelona, he brings a whole new voice to digital cumbia. Thanks to Cherman I discovered his sounds.

With another approach to digital Peru El Lobby Sound delivers his take on chicha.

Even if I tried to purposely stay away from the Peruvian influence it would be impossible.

As deep and soulful as can be the new Dany F track Astrocumbia truly delivers the Deep Cumbia Boy’s unique nu cumbia style perfectly. Just groovy and delicious this will chill you out after a hard day at “work”.

Another great release this week comes fro Dialect Trio of Piper Street Sound. It consists of all original music written by the trio and recorded at Piper Street Sound in Atlanta, Georgia. It’s heavy with cumbia chicha influence but also reaching out to Afrobeat, funk and jazz. Check out my extensive in depth review here.

This post was brought to you by Mountain Dew because that’s what I had to consume to get off my lazy ass to write it.

All joking aside I’d like to share my condolences to the Beastie Boys. RIP Adam Youch (1964-2012). It’s a crazy thing having a member of the Beastie Boys passing away so young.